Our team aims to make deployments fast and frequent, minimizing the risk of bugs each time we push new changes live. We built the Deploy feature to help teams measure performance and improve stability of their mainline systems. In addition to key metrics like deployment frequency, you can also see which repositories take the longest to deploy or fail to deploy most often. 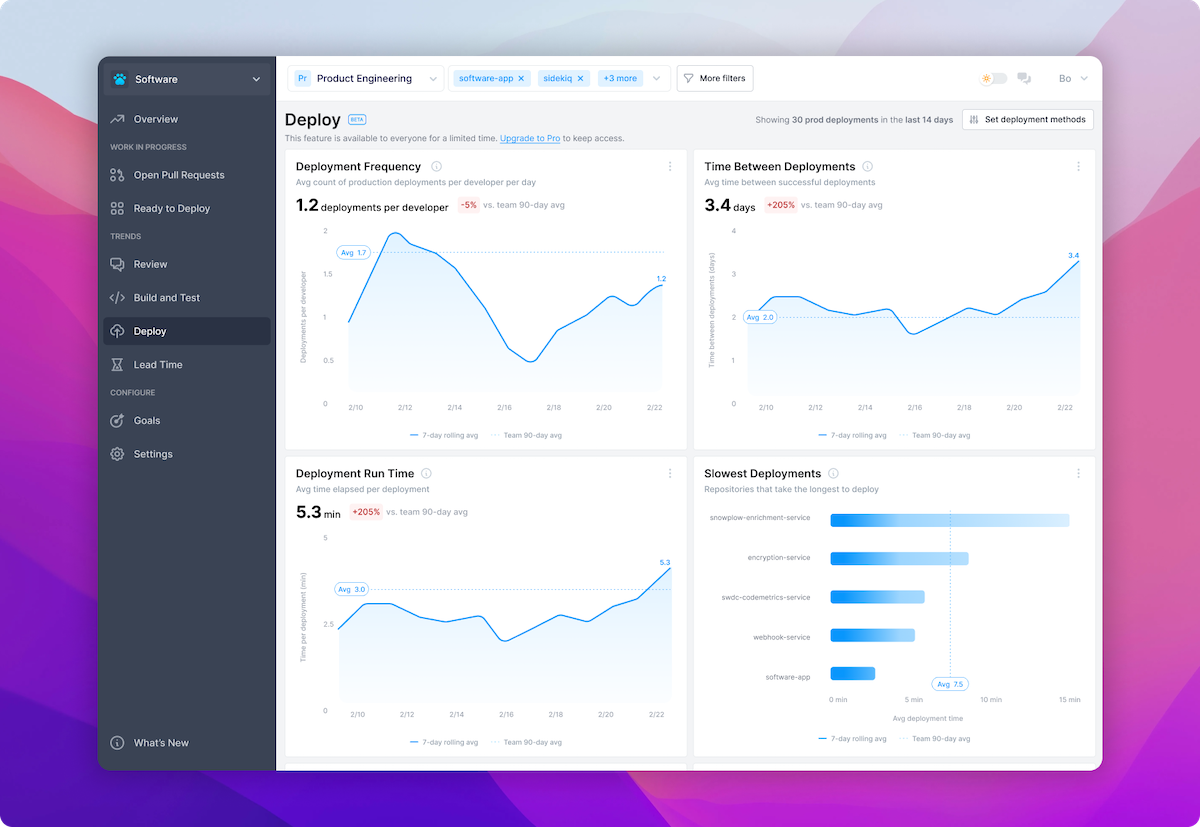 👋   Latest from our team

Create yours, for free!